January 28, 2021
About a decade ago, the term “Big Data” came to the fore. If you look at the Google “N-gram” service, you’ll see a massive spike in the use of that term since 2009. Just a bit later, “Artificial Intelligence (AI)” resurged, never to leave the scene. Of course, the term had been around since the 1950s but suddenly, AI was “in the air,” with all manner of organizations making claims about their AI-drenched products and services. A twin concept to both “Big Data” and “AI” is “Automation” – which means many things to many people- increasingly used in the world of technology and business.

The idea of automation- essentially of devices and machines as opposed to humans “doing work”- is as old as technology itself. The moment economic theories of labor and capital were espoused, the notion of automation crept into the discussion. As with all such matters, the ideas propounded were stark and often in full opposition to each other.

This debate continues. Will AI and Automation replace people in many aspects of work and, as such, create an insuperable disruption in society or will AI and Automation simply enhance the human condition? You’ll find well thought-out arguments on both sides, though to be fair the former position is typically expounded with more rigor than the latter.

There is no doubt that AI and Automation will in fact create change and that some of these changes will displace and disrupt aspects of work and business as we know them today. The examples of this are too numerous to recount. But an argument can be made, also, for how much things have stayed the same.

The Real Estate industry provides a tableau of both perspectives. Take for instance the basic question “what is my house worth?” as the launching pad to understand what has changed and what has stayed the same. Just a few years ago, if you wanted to know what your house was worth, there was no easy way to find out other than to get it appraised by a professional. Today, there are a variety of “Automated Valuation Models” that spit out home values in micro-seconds with a simple search. The leading ones are essentially AI-services (like the QVM- Quantarium’s Automated Valuation Model- the highest ranked in the industry) that are constantly learning and honing themselves. A huge change over the last few decades? Yes, for sure.

Hold on. Not so fast. In the US, approximately 6M residences are sold per year and for a good percentage of these transactions, an agent is involved. When the decision around pricing a house for sale has to be made, the seller does that in conjunction with the agent. So while an AVM can spit out a reasonable accurate value for a house in less than a second, when the time comes to execute a sale, people rely on, well, people for price decisions. The more things change, the more they stay the same!

In addition, there is the matter of real scale. As Dr. John Smintina says, you have to break Real Estate data into two different buckets: text/facts and images. But anyway you cut it, only 6M transactions a year does not make for the same scale as, say, the number of Google searches. So is Real Estate data “Big” or is it “Small” when it comes to the scales of AI and Machine Learning. Once again, you’ll get differing views.

Two concepts inflect this discussion. The first is “Deconstructed” AI. Put differently, AI does not need to be a black box. With AVMs or other AI services, it is good to know what the assumptions of the AI engine are and to be able to break-down the steps. Black box AI and Black Magic are similar concepts!

The second is, and you’ll know where I’m going here, is that AI and Automation requires human ingenuity and experience to be “wise.” Going back to the specificities of residential real estate, the wisdom of the agent, of the community knowledge-font, is still a necessary element in the ecosystem.

This does not mean that all business models in residential require the intercession of agents or other similar players in the ecosystem. What it means is that the ecosystem benefits in toto from the human aspect, given the prowess and wisdom they bring to the table.

Residential Real Estate is the world’s largest asset class. It is also a very personal one to the families who coalesce and grow around and in their homes. We are growing Quantarium to honor this asset class and to help make it better for as many players in the ecosystem-including consumers as possible.

To do so, wisdom plays a real role. So does AI!

This article was originally published on DataHunters on January 28, 2021. 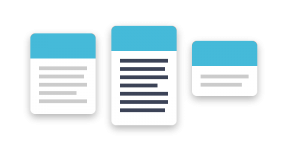